Last week we had talked about the Skype Android app, which would ultimately make the wall of difference between a Computer & a mobile phone thinner. Nowadays big companies have shifted focus from the usual desktop & turned over to the mobile phone’s market. It’s because they get enormous success, as 20% or more Internet User’s use their mobile’s to access the Internet.

We have certainly witness the Airtel GPRS hacks era; which still continues. The only difference is that, it has new friends like Reliance hacks, Tata Docomo service packs, etc.

Mozilla stepping into the Android market is not a surprise. It has tried similar things earlier by releasing Firefox Mobile (i.e. Firefox 1.1). But Opera Mini never let Mozilla’s Firefox Mobile come into it’s way. It dominated the market shares. So this time around, Mozilla for Android & Maemo looks promising.

This beta version would only work on Selected phones which use Maemo & Android as their core OS. Maemo users don’t have a choice here as Nokia N900 is the only Maemo powered phone which has made it into the Supported devices list of Firefox 4 Beta for mobile.

Synchronization is what most techies look for, when a new app is released. Firefox had failed to introduce it when it’s Mobile version was in the Alpha Stage. But as Beta1 has arrived; it has corrected it’s mistakes & has added Firefox Sync into Firefox 4 Beta Mobile. Firefox Sync will synchronize all your data –viz History, Visited Links, Bookmarks bar, Unread tabs, Stored passwords, form-fill data,etc.

Also, Firefox 4 Beta 1 comes with a much Elegant design as compared to it’s previous versions. With web slowly getting converted into Web 2.0, it has to focus on the design & effects part. The new version has shown improvements in the Awesome bar, Smoother & Quicker loading of pages. Some of the addons for Firefox would also work on it’s mobile version, though the set for addons would be different from the Desktop version of Firefox.

So if you’re an Android/Maemo user; then Grab the mobile version of Firefox 4 soon by clicking on the image below.

Do you think Firefox should release a newer version of Fennec for other Mobile OS’s too ? 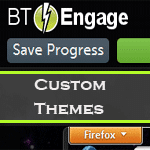