This is a guest post by Shannen Doherty, who is a technical content writer. In her free time she writes articles related to: internet, AT&T, technology mobile broadband, etc.

It seems that Android has already won over your hearts and minds. I wouldn’t blame you. The recent Android tablet integration is also a smart move. However, it seems that a new competitor is coming into the market.

Microsoft has been trying to get their tablet PCs out for some time but have not been really successful – until now that is.The decision to ship Windows 8 with tablet PCs is a decision that will prove to be quite advantageous for Microsoft. There are quite a number of reasons why Windows 8 has been put onto tablets.

Today’s market has shifted towards portability and integration. You probably own a smartphone or an Android tablet. Although Microsoft previously tried to push their tablet PCs, it seemed that the market was not ready for the trend.

However, with the market as it is, the time is right to push a Windows operating system onto tablets. This could possibly give them an edge over Android Tablets.

The prices of tablets are lower than that of netbooks. What’s interesting is that a netbook is usually priced a little above a tablet. According to Microsoft, Windows 8 tablets will start at £126($200 or 9ooo Indian rupees); a price significantly lower than Android tablets with similar features and power.

Furthermore, Windows PCs have always been cheaper than many other brands out there. It seems that their tablets will be no exception. With similar features at a reduced price, wouldn’t you be cooing to have one? It seems that Windows has a real edge over Android tablets in the price department.

It does not matter how old or young you are, you all know about Microsoft and have probably used one of their products at one time or another. Their name could give them quite an edge against Android tablets. I mean, we all know Microsoft to be the most stable software developers out there; especially when it comes to operating systems.

The user interface of a Windows operating system is exceptionally well known. Windows has and probably will continue to dominate the PC market. Every one of you is familiar with the Windows interface – you are probably using it right now.

To make the switch from PC to a Windows 8-powered tablet is almost effortless. It will take almost no time for you to adapt to the new interface.

One of the most demanding aspects of consumer electronics is expandability. It refers to the extra options that can be used with the original device. Wireless internet through dongle connectivity, from providers such as AT&T also counts as an expansion.

For example, many can connect a separate monitor, mouse, keyboard and gamepad with their current laptop. Perhaps the docking, charging and streaming stations of many Apple products will serve as a better example.

This could actually force Android tablets to come up with their own line of expansions. However, it does not seem likely that they will overtake Windows.

With the Windows 8 tablets, you have a variety of input options. The integration of such input options are so great that concept may just replace netbooks, notebooks and laptops altogether. A simple £32 ($50 or 2250 in rupees) keyboard and mouse can be synced with the tablet.

Windows 8 is optimized for both touch and the normal keyboard and mouse combination.With the option of connecting various peripherals with the tablet, you can use Windows 8 however you want to without compromising on the experience.

It seems that Microsoft has made a bold and wise move jumping onto the tablet bandwagon. Windows 8 tablets, when released, will probably have many advantages over Android tablets. For Android tablets to survive, they may just need to pull a bunny out of their hats – so to speak.

So do you think Windows 8 has the power & the potential to capture the tablet market share ? 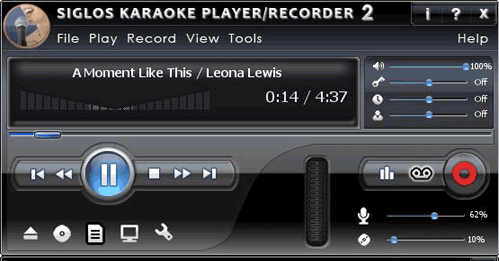 3 First-Class Softwares to Enjoy Karaoke Music on your Computer 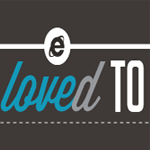