It is estimated that we spend an average of 3 hours and 15 minutes on our phones every day. This number is hardly surprising given that there are 5.29 billion mobile phone users in the world, which equals a staggering 67.1% of the population.

So what do we do with those 3 and a half hours of screen time every day? Does age, region, and phone model factor in?

Let’s see what the numbers have to say.

Until the coronavirus pandemic, Indonesia was the top-ranking country in the world by phone usage. However, since Covid-19 and ensuing lockdowns, it’s Brazilians who spend the most time on their phones—an average of 5.4 hours a day in Q2 2021. (ZDNet)

Indonesia ranks second (5.3 hours of smartphone use), followed by:

Unsurprisingly, Millennials spend the most time staring at their screens. The average 21 to 39-year-old spends about 3.7 hours on their phones a day, followed by Gen X, who spend about three hours, and baby boomers, who spend the least amount of time or just 2.5 hours a day. (PCMag)

Still, Gen Z is set to beat their precursors in phone usage—95% of teens between the ages of 13 and 17 have a smartphone (or have access to one), and 45% say they are online all the time. (VoA)

While in the US, smartphone penetration is equal among men and women (85%), less developed countries are noticing a major gender gap in smartphone usage. (Pew Research)

In the UK, on the other hand, women spend 33 minutes more on phones than men, with 18 to 24 year-olds spending the most time. Actually, men of this age group recorded an average screen time of 2 hours and 50 minutes a day as opposed to three hours and 40 minutes for women. (Daily Telegraph)

In April 2020 (a month after the initial lockdowns), Android users spent 27% of their waking hours on their cell phones. Collective global app usage time on Android devices reached almost 70 billion hours a week at the end of March, 25% more than the weekly average in 2019. (App Annie)

According to a survey by gaming company SolitaireD, iPhone users spend 5 hours 42 minutes a day on their phones, totaling 39 hours and 54 minutes a week. Most of the time was spent on social media (1 hour and 23 minutes). (Notebookcheck)

How Much Time Do We Spend on Apps?

Which apps are taking up our time?

Smartphone users spend half of their mobile time on social and communication apps. 21% of total usage time is spent on entertainment apps like TikTok or Netflix, while only 9% of mobile time falls to gaming apps. (App Annie)

Users also spend the most time on social apps a week—131 minutes to be precise. Gaming is second, with users spending 116 minutes a week on these apps, followed by communication (102 minutes a week) and music apps (80 minutes a week). (Simform)

The average app session length per user worldwide increased almost across all categories. The biggest growth was noted in hyper casual gaming, with users spending an average of 18.78 minutes playing. (Statista)

Logging in over 85 billion hours of screen time, WhatsApp is the top mobile app by time spent. It is also the app Android users spend the most time on (more than 59 billion hours). (Apptopia)

Web development with WP, Tailwind, Bootstrap, and Understrap, and optimising web pages using mostly Google SERP results and suggestions is what I do for living. Digital Marketing, observing search patterns, crypto boom are my other pass time activities. 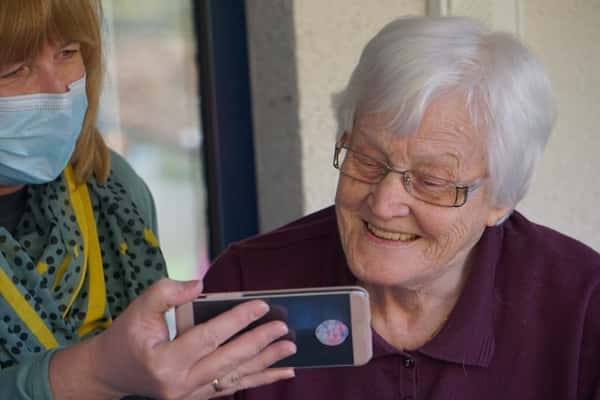