In this article, we will look at the most relevant info about the world’s second most popular search engine, including audiences, market share, and revenue growth, so you can see how it can help your business grow.

The number of worldwide visits to Bing.com peaked in June 2021 with 1.84 billion unique global visitors. This is up from 935.8 million visitors in February 2021—the lowest on record since the start of the year. (Statista)

Microsoft Bing users are also higher-earners. The latest statistics reveal that almost a third have household incomes of over $100,000, while a mere 8% make less than $25,000 a year.

Gender-wise, there is an even split between men and women. Most Bing users (43%) are also married, whereas almost a third are single.

85% of Bing users are in the US, with 21% living in the South Atlantic region.

These stats clearly show that advertisers catering to an older demographic with money to spend should definitely take a closer look at Bing. Targeting those with higher education also makes sense as 33% of Bing’s user base has a Bachelor’s degree, while 17% have finished graduate school. (Aori) 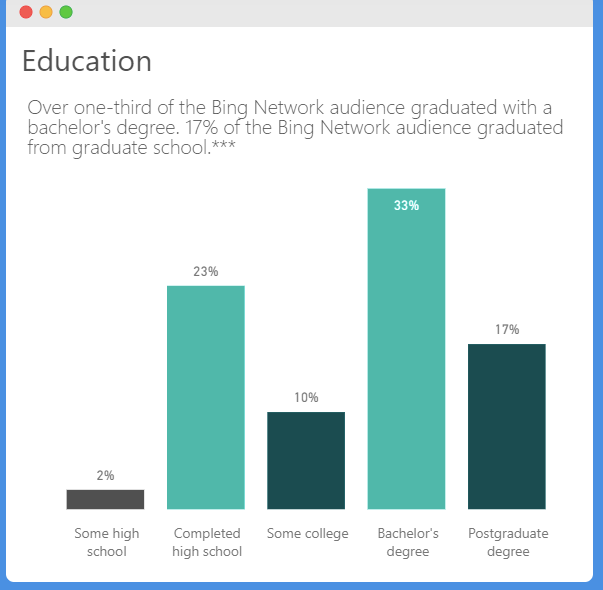 Even though 31.31% of traffic to bing.com comes from the US, Bing sees traffic from other countries as well. In fact, 23.77% comes from China, whereas a smaller share of under 5% originates from Germany, Japan, and the UK. (SimilarWeb) 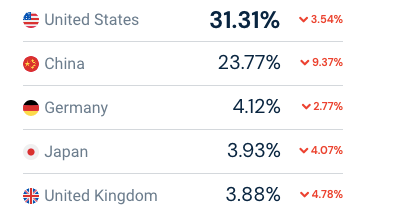 Interestingly, “google” is the top searched term on Bing across the world. It is followed by “youtube,” “facebook,” “gmail,” and “amazon.” This implies that most of the people who use Bing are not that technologically savvy and probably older, using Bing as a default search engine without even realizing it. (The Verge)

Where do these searches come from?

Today there are 1.5 billion devices powered by Windows, and all of them direct a lot of traffic to the company’s search engine. In fact, 48% of Bing searches are from Windows 10 alone.

Bing is also integrated with other Microsoft devices, so many have been using Bing without even knowing it.

On top of that, dozens of smaller search engines, like Yahoo!, MSN, AOL, partner with Microsoft to power their results and ads. (WordStream)

Bing reaches over a third of all online retail searches thanks to Microsoft’s partnership with leading ecommerce platforms like Amazon, OfferUp, and GumTree. Advertisers should also be aware that Bing shopping campaigns note a 45% higher ad click-through rate (CTR) than on Google. The average cost per click (CPC) on shopping ads and the average cost to acquire a customer is also lower on Bing (30% and 40%, respectively). (WordStream)

Microsoft recently announced that 500,000 advertisers serve ads on Bing through the re-branded Microsoft Advertising, which is reflected in the fact that Bing has 100 consecutive months of market share growth between 2009 and 2019, earning up to $7 billion in revenue.  Not all of this is down to Bing, though, as Microsoft owns various search ventures, but it is an impressive number nonetheless.

The lower number of advertisers on Bing equals less competition and more perks for Microsoft Advertising users. According to WordStream, Bing not only has a nearly 50% higher ad click-through rate than Google, the average cost per click and the average cost to acquire a customer is around 30% lower on Bing than on Google.

Managing Bing through Microsoft advertising is not complicated either. Advertisers can import their Google Ads campaigns to Microsoft Advertising, even customizing which changes to campaigns should be imported.

Holding 92.04% of the global search engine market, Google is not leaving its position as an industry leader any time soon. However, the power of Bing can’t be underestimated either.

One of the biggest advantages of Bing is definitely its integration with other Microsoft devices. Bing also lets advertisers bid on search teams that are harder to capture on Google, and there is less competition.

Finally, if you are aiming at an older, educated, and well-off audience that may not be that tech-savvy and looking to make big purchases, Bing is definitely an option to consider on its own or in combination with Google. 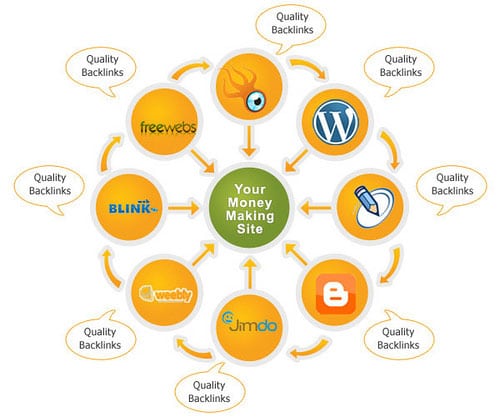 Link Wheel : What it is, How to do & How it helps with SEO 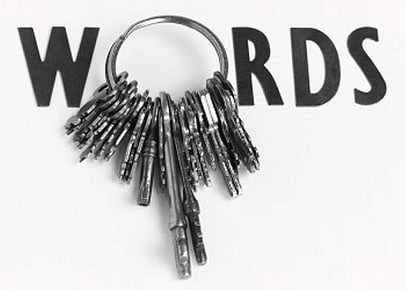 5 SEO Techniques that Have Nothing to Do with Content 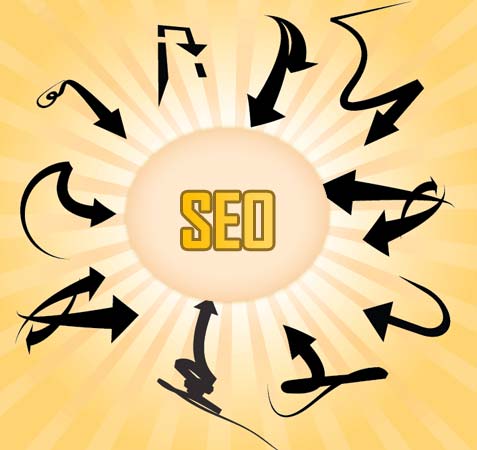