Yesterday morning we posted about the Google +1 Button acting as a Vote up for Search Results. In that post, I had mentioned that Google is planning to release the +1 button as a Social Media button too. It will still take some months for the +1 button to come up for websites or blogs. Google will obviously release it after thorough testing and feedback from us (as it’s experimental) to ensure that it doesn’t repeat the same mistake when it released the Buzz button. Google Buzz came with a big buzz or hype around it and went with a big buzz too. Some websites/blogs still use it, maybe because they’ve a large number of followers attached to their Google Profiles.

The Google +1 button has also built a lot of hype around it. Some saying, that the +1 button is just another trick by Google to reduce the weight of filtering and ordering content from their shoulders. Others feel that it’s a pretty good move and they should officially release the +1 button sooner than later.

Google has certainly indicated that it has big plans with the +1 button. After a few hours of it’s experimental launch, Google added a special page for Webmasters. This page will allow a website/blog owner to Sign up and book the +1 button for their websites/blogs. So, quickly go to their +1 buttons for Webmasters page and fill in your Email ID and Website address. Google will notify you via your email id when the +1 button is available.

Do you feel that the +1 button will be able to live up to the hype created around it ? 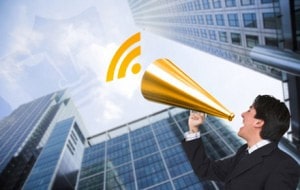